So, as I have already done several times , I have completed this device.
https://youtu.be/jIkvu4Cu3os
There are a few parts to be modified.
(1) Making the magic modified electric racket that I mentioned last time.
This is the same as the last time.
(2) Use duct tape to make it always on.
Modifying with duct tape is also (lol) ....... So I decided to make it always on even without duct tape. In other words, the button is just for decoration. I spent a lot of time, money, and effort to reattach the duct tape, so it's best to solder it in place. I also like the way it looks, lol.
(3) Put duct tape in the battery compartment at the back to reduce the volume and prevent the battery from being removed.
As you can see, I put duct tape in the back of the battery compartment to reduce the volume.
(4)As you can see, it is a battery type, but I modified it so that it can get electricity directly from the power supply.

I took 100V household electricity and converted it to 3V using an AC adapter. Then, it can continue to run.
The adapter can be anything 3V, but when I measured it, it was 4V, which I didn't expect. There are two types of adapters: 1.2A and 1.6A, and I used the lower 1.2.
The voltage is 4V and the current is 1.2A, which may seem like a good thing, but it increases the load on the racket, so it is generally recommended to use a lower voltage. In other words, it tends to be high power and low life. Here's how it comes out. So I was hoping for 2.8V and 1A or something like that, and I figured that would be about it. I didn't think it would be 4V.
I was hoping to go no-kill with the Bon, but ...... or so I thought, I can get bees 24/7 with this! I wanted to write that I couldn't kill bees in the Bon Festival even though I thought I could (lol), but I got permission or a special rule that bees were OK, so I just went ahead and did it. I had the impression that the output was very strong.
The bees that were hit became numb and couldn't move, as if they were being given an electric shock. Moreover, one of the drawbacks of dry cell batteries is that the output becomes weaker as time goes by, but this is no longer the case. It is always constant. No matter if it's been one hour or two hours, it's constant. This is how convenient it is.
One possible problem in the future is that since it is connected to an electrical outlet, it is no longer possible to swing it around indefinitely. In other words, if you turn it 20 times in the same direction, the cord will come loose or get damaged. ...... (laughs), so you can't just bang it around like that. I think I need to use it with that in mind.
I've successfully killed about 500 yellow wasps from the first nest. I'm planning to challenge the second and third nests at this rate.
As a side note, I think this racket type is approaching the limit of modification to some extent.
As a side note, I think this racket type is getting close to the limit of modification to some extent, and I already know that this racket type has various limitations and problems to begin with. My next plan is to do a vacuum cleaner type.
vacuum cleaner type
https://www.youtube.com/watch?v=jPUx62RYGyk&t=28s
It's easy to do this, but I think it's very difficult to do it 100% safely and to get rid of all the bees as expected. We haven't been able to envision such a case yet, so I think it will be a while before we can do this.
If I can do this, I'm sure it will become a powerful bee-killing weapon together with the racket, so I'm going to try my best to come up with something. 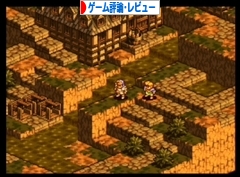